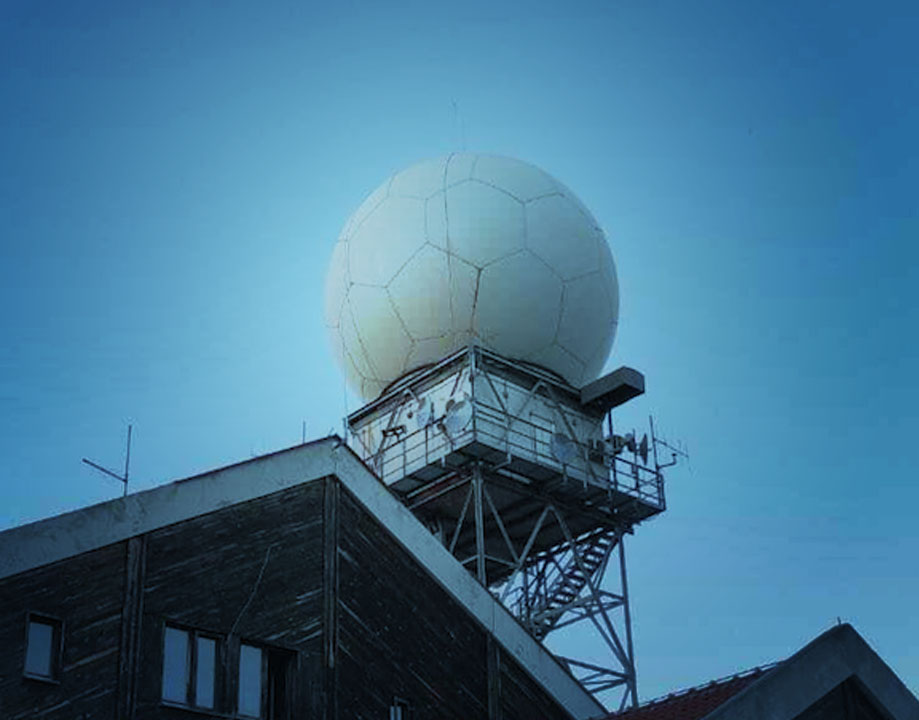 Red Beagle teaming up with a big system integrator, Informatika, and partner, IGMAKO Smart Solutions, put together a solution that streamlines and changes the way the Serbian Weather Institute defends hailstorms. Primarily to protect crops in the Serbian mountains, the network is set up to link weather radar systems to a network of missile launchers that fire anti-hail missiles.

Prior to Mimosa, the challenge the Serbian Weather Institute faced was linking the systems together for communication. Due to this limitation, coordinating and firing the anti-hail missiles had to be done manually. For years, volunteers were trained to shoot them from the stations on the top of the hills—once they were alarmed the potential hailstorm cloud was spotted, they would run to the missile stations and handle it. Linking all the communication networks together required at least a 20 Mbps connection for each of the launcher stations. This couldn’t be achieved with commercial mobile networks, due to security reasons and real-time application, so a special network had to be designed and built. In the trial phases of the solution, a variety of other 5 GHz radio equipment were used—and the results weren’t satisfactory or sufficient. With positive reviews around Mimosa products, Red Beagle and the system integrator decided to give it a try. The solution involved the full spectrum of the Mimosa portfolio—point-to-point (PTP) and point-to-multipoint (PTMP) radios. Mimosa B5c backhauls, A5c/A5x access points, C5c/C5x client radios, and a variety of 3rd party antennas exceeded expectations and passed the test. The average distance of the links ranged from 10 to 15 km, with the farthest being 41 km. While 20 Mbps was the target required throughput, the Mimosa solution was able to deliver much higher speeds. The trial was conducted in a separate area in Western Serbia with temporarily-installed test equipment. Here, the coverage and signal to each and every launcher station was meticulously measured.

Mimosa solutions had the best combination of PTP and PTMP that could achieve links over long distances, and possibility of working in higher-end 5 GHz spectrum.

With the high-speed solution in place, the new automatic system launched in early 2020. No longer requiring manual operation, it will now be controlled from the regional radar center, which is also more effective since the launcher stations are now equipped with automatic launchers with video cameras. The idea is that each station is connected to the radar center, and once the hailstorm cloud is spotted, the system determines from which position it could be hit the best. The station that’s the best candidate will be accessed from the center, and with guidance from the HD video camera feed, the launcher will be adjusted to hit the cloud.

With the huge success of this deployment, in partnership with the Serbian Weather Institute, there is a plan to deploy a similar solution in Fruska Gora area. In the mountains of North Serbia, the plan is to connect 118 launcher stations with the radar center using Mimosa C5c, C5x, and B5c radios.

Mimosa system offer performance, reliability, ease of use, and affordability to enable teams to deliver scalable solutions for future growth without significantly impacting the bottom line.